I was able to use 7 of the bananas for the banana tart, however this left me another 20 or so to go. Though I had planned to avoid banana bread, I had to use all 20 remaining bananas before Friday as 1) they were ripening quickly, and 2) I knew I wouldn’t be home this weekend. I had wanted to try some banana-filled crepes from my English cookbook (it features fun European ingredients you just can’t find here, ie: “digestive biscuits” or “vanilla-wine crackers”) but they would have required firmer bananas than those I currently had, and are more of a morning thing. Thus, banana nut bread it was!

A quick evaluation of proportions yielded the following fact: I was going to have to quintuple the recipe to accomodate all my remaining bananas. Considering the fact that I was making 5 batches of this thing at once, I thought it smarter- and more fun- to diversify (just in case one of the varieties was subpar)- thus I went for two. A look at the Food Network recipe archive brought me to this one, which had some of the highest marks from reviewers I’ve seen on the website (I wanted to find one with high confidence as I was forcibly making such a large quantity at once!)

I really followed this one rather closely with few substitutions, as all the comments I read claimed this was one of those rare recipes that is very enjoyable as-is. I brought some for the boyfriend (he loves banana nut bread), his neighbors (who, I’m proud to say, started digging in with their beautiful fingers (the boyfriend’s got some very attractive neighbors), and to work. So far everyone really enjoys it, and it’s quite simple, despite the need to keep ingredients separate, so… try it out and let me know your thoughts! 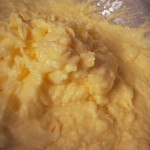 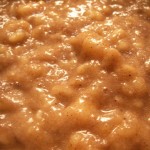 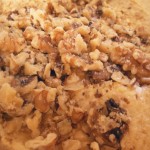 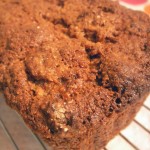 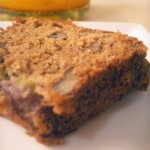 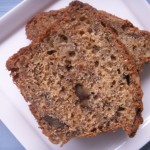 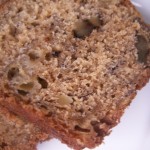 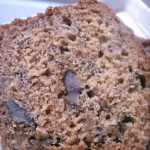 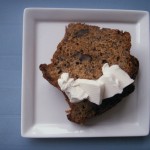 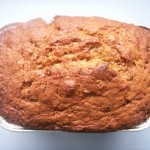 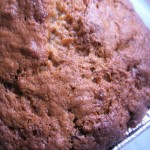 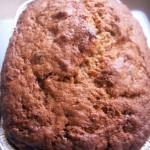