Last night I had an old friend joining us for dinner and when I asked the boyfriend what I should make, he of couse replied, “meat!”- no surprise there- and so meat it was. The lamb roulade had been a hit and I had been wanting to experiment with roulades a bit further, so I decided to simply go on my memories from last time and see what I came up with. A recent grocery trip had yielded some new pestos, so I decided that meant stuffing was in order.

Here’s a quick description of how to replicate this dish and make your meat-eating friends or significant other happy:

As per usual, I perhaps had a bit too much fun with the plating, but the boys enjoyed it :). I should have cut the strings down so that there wouldn’t be such an excess, but I have an odd fear of them coming apart during roasting… but it’s probably a better idea for you to do so!

You can make this dish in so many different ways- what meat and stuffings would you use? 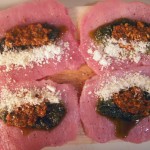 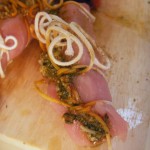 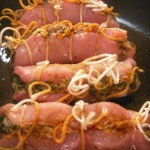 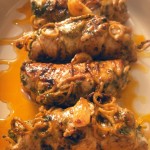 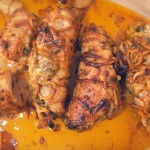 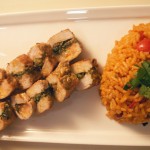 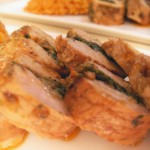 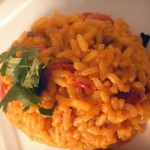 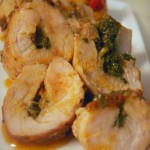