With my excess cheesecakes batter I opted to do some experimentation. I followed Giada’s cheesecake recipe again in terms of mechanics- using the blender for mixing the batter, same crust recipe as before, and still cooking at 350 degrees for 25-30 minutes. However, the rest was thrown out the window. Though I did not take exact measurements, here are- roughly- the changes I made, taking the excess batter (1x my original batter recipe) and adding in the following:

The result was closer to a mousse with a graham crust than a cheesecake, hence these being named ‘cheese mousse cakes’.  They’re lightly-pink-coloured thanks to the massive amount of strawberries inside, and rather light as far as cheesecake-like confectionaries go, due to the low sugar and low-fat cheese. It’s very, very creamy, and tastes rather like strawberries ‘n cream ice cream. Yum! :) 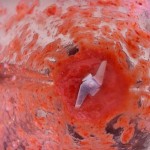 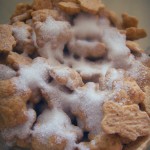 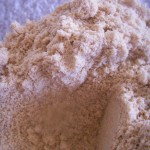 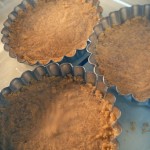 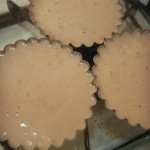 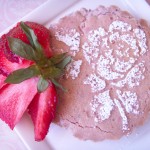 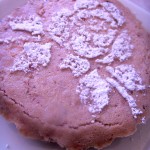 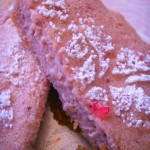 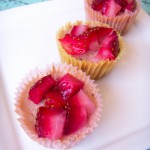 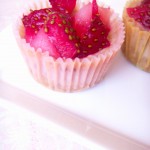 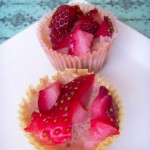