Penne in almond sauce. Giada, when you made it, it seemed so delicious. So creamy and thick and flavourful, just as you said. And yet… well.

So, I saw Giada make this pasta a few weeks ago, and thus decided I would make it. I picked up the ingredients, read through the instructions, and got started. Unfortunately, the results were not anything that my sister, the boyfriend, or I enjoyed. On the upside, the other two recipients of it greatly enjoyed it… so though I was initially inclined to put this one in the ‘accident’ category, I am unable to do so. The boyfriend suggests ‘partial success’… hmm. 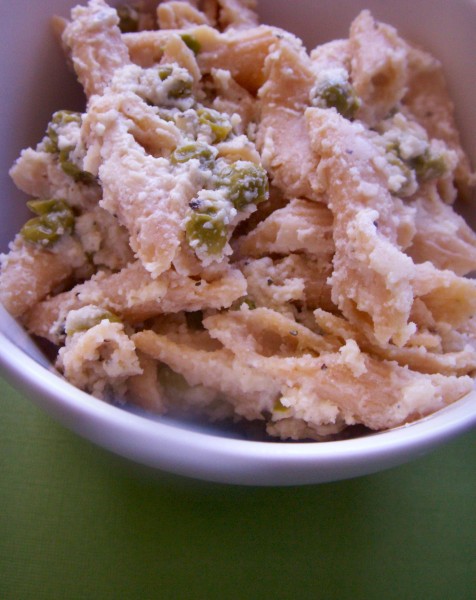 Tips for following this recipe (linked above):

Clearly this one’s a hit and miss depending on your tastes. It could go well with other vegetables, too. The peas were very enjoyable, but broccoli or another green veggie could probably go nicely.

Unfortunately, I accidentally lost the pictures I had of this one when in production, so all I have are ‘finished product’ pictures… my apologies! 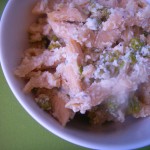 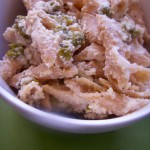 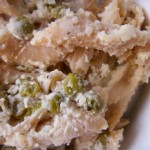