Ah, this one definitely is to be filed in the ‘accident’ category. H and I were set to make to panini, and the second was to be an Italian one, featuring pesto… and rather than use the perfectly fine store-bought one in the fridge, I just had to go off and try making my own. With no direction, no recipe, no studying, just randomly throwing things into the blender and hoping for the best. The saddest part is that it probably would have worked, too, if it weren’t for that meddling shallot! I had picked up some very pretty looking shallots at the store earlier that day and thought it a brilliant idea to chop one up and put the whole thing right on into the pesto. Raw. Clearly I sometimes just am not thinking things through :) That said, in case any of you are mad enough to want to try it, herein lies the recipe to my failure: 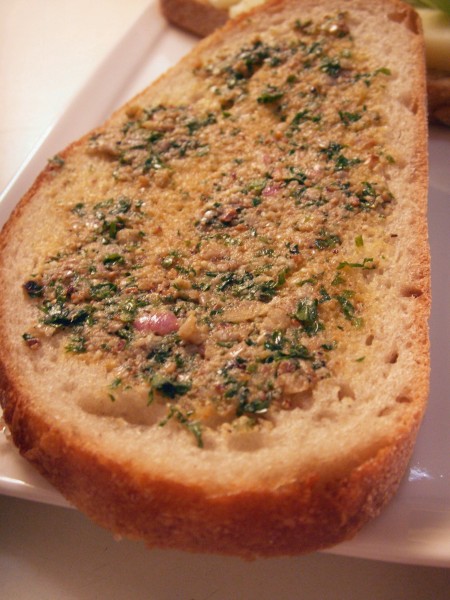 Et voila, you’re done! When shallot-less, I bet this would have been a rather tasty pesto, although I would suggest upping the parlsey to perhaps 3 cups and adding some more sunflower seeds, they give a really nice texture. That said, the mere thought of this- honestly- makes me cry as my eyes were watering for a good hour after chopping that silly shallot, so do your eyes a favour and omit it so that you can have a happy pesto!

EDIT: After having used this pesto for a few weeks for a varity of panini, I have to say I’ve really come to like it. The sunflower seeds have absorbed most of the oil, so it has more of a tapenade consistency, but the shallot taste is by no means overpowering and adds a very nice flavour to the sandwiches. It’s also ideal as a panino-bread coating because it will seep through just enough to create nice grill marks but won’t splatter about. 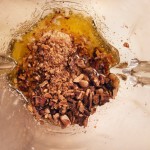 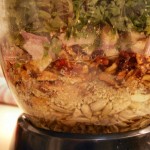 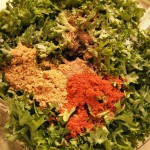 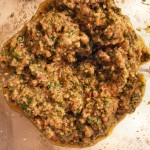 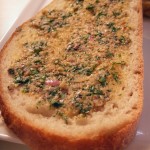 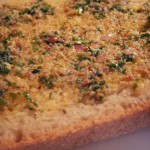