The last time I had been making chicken tikka masala, a magical thing happened: prior to adding the chicken to the tikka sauce, my sister announced that she enjoyed the chicken- spices, yogurt, and all. This was, naturally, a rare and exciting phenomenon, and so when we had company over recently, I sought to recreate the magic from that former recipe attempt.

I used the same recipe for chicken tikka as a base- but, naturally, made changes. For the  spice rub on the chicken, I used the following:

I cleaned, rinsed, dried the chicken, then rubbed it thoroughly on both sides with the spice mix and refrigerated it for about 30 minutes.

While it was refrigerating, I prepared the sauce, which consisted of:

I mixed the sauce together in a pyrex, then also refrigerated (again, this is mostly following the recipe linked above, thus far only minor changes).

I then dunked the chicken thoroughly in the yogurt mixture on both sides and placed on the aluminum-covered-baking-sheet-with-rack, and added some extra yogurt sauce to the top of the chicken pieces. I then broiled it at 525 degrees for 14 minutes, removed the chicken from the oven, flipped it, spooned on another layer of yogurt sauce, and broiled for another 12 minutes.

Once out of the oven, I suggest a) cleaning your rack immediately so it won’t be a miserable event doing so later, and b) serving with some cool vanilla or plain yogurt on the side, I think it would have been a terrific addition.

I opted to make this iteration with something not remotely Indian: broiled parmesan broccoli. To do this:

This dinner was incredibly flavourful (the spices were perhaps a tad bit too strong, but the health benefits are worth it) yet nicely healthy (the yogurt is low-fat, the chicken well-cleaned… the oil’s the worst of it, really) and really yummy. It’s quite simple, I’m just slow and indecisive, but try it out! 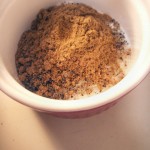 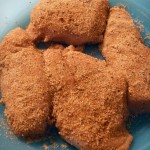 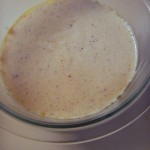 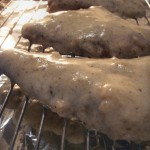 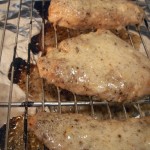 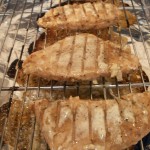 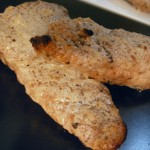 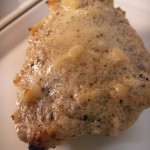 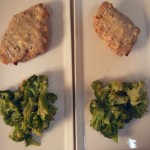 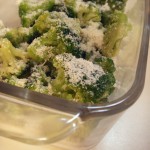 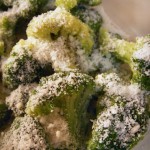 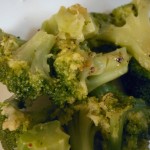