If you’re looking for a powerhouse of health and flavour, this is it: pounds upon pounds of vegetables, rich aromatics, spices from far away and tantalizing textures. This dish is perfect for vegetarians and vegans looking for a hearty main course; for anyone looking to have something quick and on-the-go that is delicious either cold as a salad or warm- by itself, or as a complement to a meat.

The boyfriend had a potluck to attend and make something for, so naturally he asked if I could help. :) I looked at the menu of what others were planning to bring and saw starch and meat and a serious lack of vegetarian entrees (ironically, as it turned out, there was virtually no meat and much less starch than planned) and thus opted to search for what I could make that would be heavily vegetabled. A discussion with a coworker led me towards use of couscous or ourzo and thus I happened upon this seven-vegetable couscous recipe from Food Network. It seemed perfect, and thus I printed it, went searching for ingredients- this was to be my first time using turnips and yellow squash- and began the process!

The mechanics of the dish are by no means complicated- the reason it took me an incredible amount of time was that a) I opted to triple the recipe, b) I’m slow at cutting, and c) my casserole pan was by no means large enough. I ended up cooking the vegetables in two batches and then making the cous once the veggies were all done. However, this worked out for the best- as the veggie water wasn’t thickening properly into a sauce I made the first batch, drained it, reused the water for the second batch, drained it, and re-re-used the water for cooking the cous, resulting in some highly flavourful starchiness.

As I made copious changes to the recipe, here’s my version of this Moroccan dinner: 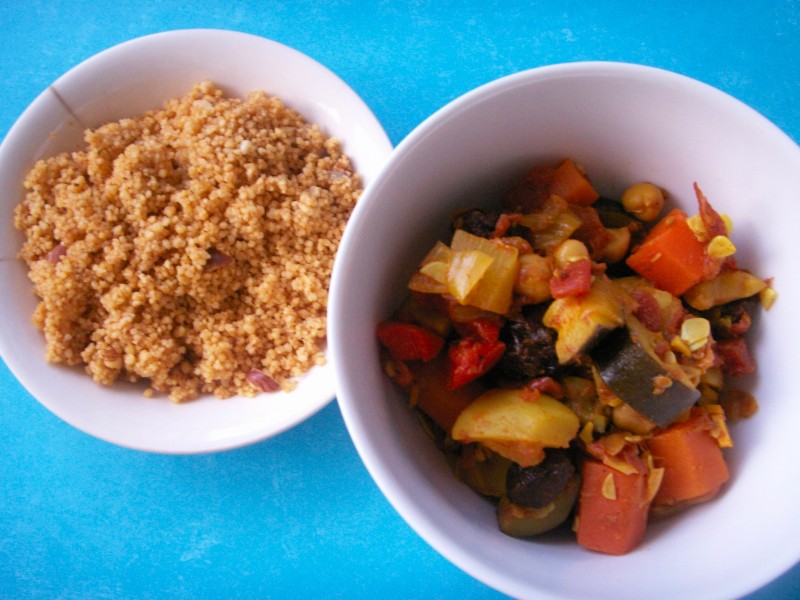 As that differed quite a bit from the original recipe, I thought it useful to write it all out there again. Mind you this makes for an incredibly large quantity, so feel free to use their original proportions for a more normal size! The process I followed was rather similar to the one listed, with a few minor changes.

The rest of the process I followed more or less as directed on the recipe. It’s one that’s open to much interpretation and very forgiving on timing- when making a stew of vegetables, cooking times are inexact! I felt very much like a Medieval lady out in the woods, with one of those gigantic stew cauldrons that you haphazardly throw all manner of vegetables into. It was great :)

It’s a simple recipe, but time consuming if you’re slow like me, so put aside a bit of time and then enjoy the fruits of your labour! Just one word of caution: if you go heavy on the turmeric, make sure you soak your dishes thoroughly when cleaning, and be careful not to spill any onto you. Turmeric is rather difficult to wash out, so be forewarned!

You can substitute almost any vegetables in here, the only trick is figuring out at what point to add them to the stew based on how long they’ll require to soften through to the middle. That said, it’s simple, it’s delicious, and it’s so nutritious that just a bit will have you feeling like you’ve done a good deed for your health :). 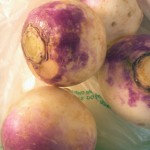 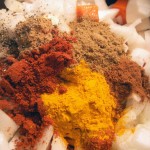 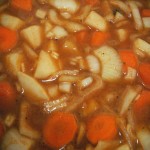 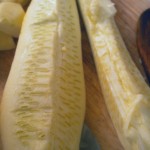 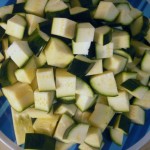 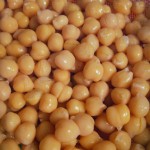 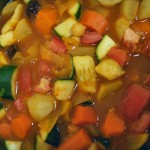 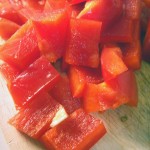 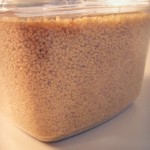 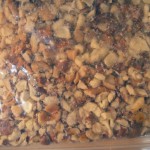 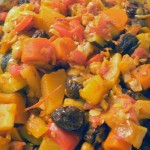 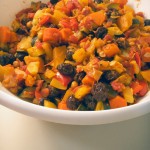 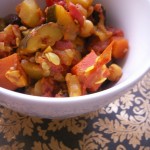 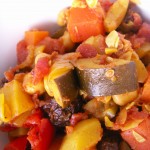 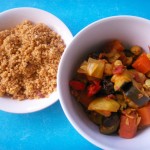 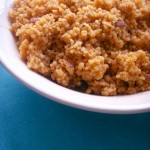 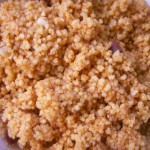 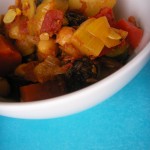