This was, without a doubt, the most delicious salad I have ever made. The fact that it was so remains a happy stroke of luck, for I was really just haphazardly putting things together and hoping they would work in conjunction. Thankfully, they did :) and the result was a miracle. The boyfriend took three servings. THREE. Three servings of salad! Miraculous! And our other dinner guest- a friend of mine who is allergic to gluten and has issues with mainy dairy products- took two. I was proud of this accomplishment.

My friend B was joining us so that I could make her a thank-you dinner; she has gifted me so many wonderful kitchen gadgets and I thought that the clear way to say thanks would be to use them for her benefit. B, however, is an impeccable guest to the last, and thus brought yet another gift with her upon arrival… meaning that I’ll just have to have her over again soon :)

Due tu B’s intolerance to gluten, I was looking for a way to add crunch to the salad. I immediately thought, “nut!” and looked about the cupboards. We had some cashews that were sitting about in a jar, and I had some honey-roasted cashews (these are even crunchier!) and thought they would work well. I then began assembling other ingredients and eventually had a nice mix of things put together.

The key to this salad is the warm pear glaze that serves as a dressing. I had prepared some extra virgin olive oil and pear-infused vinegar to use, but they really weren’t needed at all. And happily, the dressing of pear glaze consists of pear… and nothing else, really! Cheers to simplicity and healthiness. 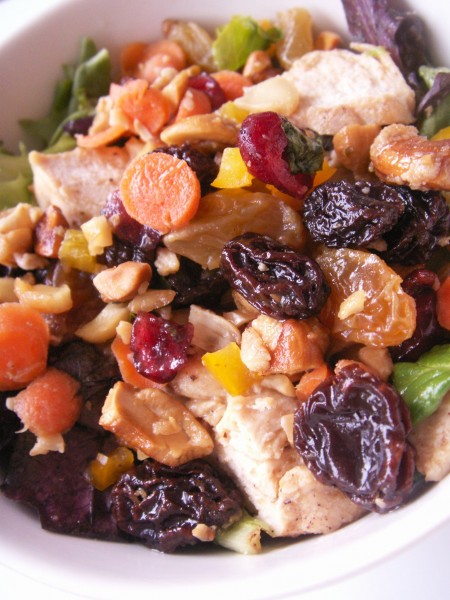 It’s delicious- trust me. Try it! It’s better warm, though the boyfriend finished the leftovers the next day cold and said it was still very good. Thanks to the sweet pear and honeyed pecans, it has a very sweet taste. “It’s like candy”- B and the boyfriend both agreed. And if you could have candy for salad… wouldn’t you? :) 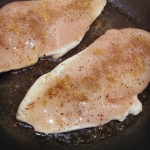 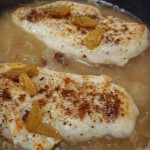 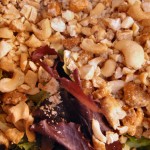 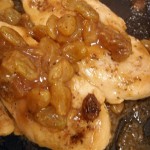 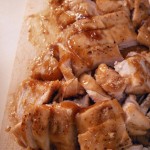 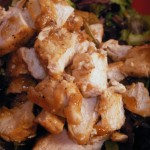 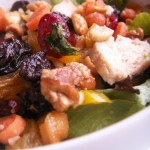 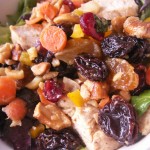 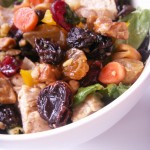 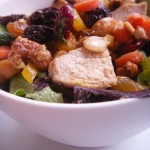 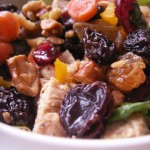